In honor of the passing of beloved author Toni Morrison

Next Chapter Booksellers will be hosting a book club to read one of her timeless works.

The Bluest Eye is Toni Morrison's first novel, a book heralded for its richness of language and boldness of vision. Set in the author's girlhood hometown of Lorain, Ohio, it tells the story of black, eleven-year-old Pecola Breedlove. Pecola prays for her eyes to turn blue so that she will be as beautiful and beloved as all the blond, blue-eyed children in America. In the autumn of 1941, the year the marigolds in the Breedloves' garden do not bloom. Pecola's life does change- in painful, devastating ways.
What its vivid evocation of the fear and loneliness at the heart of a child's yearning, and the tragedy of its fulfillment. The Bluest Eye remains one of Tony Morrisons's most powerful, unforgettable novels- and a significant work of American fiction 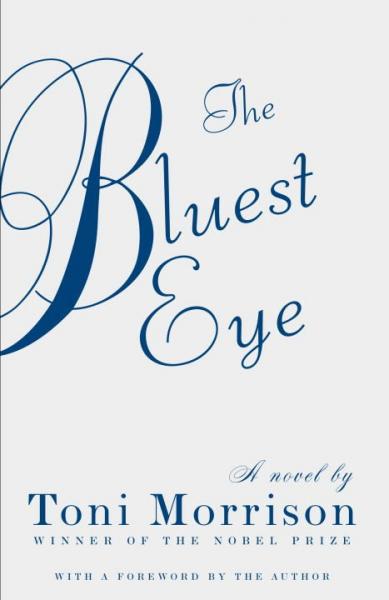 Toni Morrison (born Chloe Ardelia Wofford) was an American author, editor, and professor who won the 1993 Nobel Prize in Literature for being an author "who in novels characterized by visionary force and poetic import, gives life to an essential aspect of American reality."

Her novels are known for their epic themes, vivid dialogue, and richly detailed African American characters; among the best known are her novels The Bluest Eye , Song of Solomon , and Beloved , which won the Pulitzer Prize for Fiction in 1988. In 2001 she was named one of "The 30 Most Powerful Women in America" by Ladies' Home Journal.