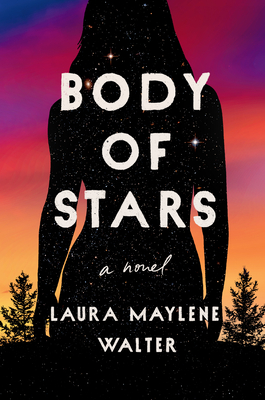 One of The Millions’ Most Anticipated Books of the Month

From debut novelist Laura Maylene Walter, a bold and dazzling exploration of fate and female agency in a world very similar to our own—except that the markings on women's bodies reveal the future

Perfect for fans of Leni Zumas's Red Clocks and Naomi Alderman's The Power, Body of Stars is a unique and timely exploration of girlhood, womanhood, and toxic masculinity. A piercing indictment of rape culture, it is an inventive and urgent read about what happens when women are objectified and stripped of choice—and what happens when they fight back.

Celeste Morton has eagerly awaited her passage to adulthood. Like every girl, she was born with a set of childhood markings—the freckles, moles, and birthmarks on her body that foretell her future and that of those around her—and with puberty will come a new set of predictions that will solidify her fate. The possibilities are tantalizing enough to outweigh the worry that the future she dreams of won't be the one she's fated to have and the fear of her “changeling period”: the time when women are nearly irresistible to men and the risk of abduction is rife.

Celeste's beloved brother, Miles, is equally anticipating her transition to adulthood. As a skilled interpreter of the future, a field that typically excludes men, Miles considers Celeste his practice ground—and the only clue to what his own future will bring. But when Celeste changes, she learns a devastating secret about Miles's fate: a secret that could destroy her family, a secret she will do anything to keep. Yet Celeste isn't the only one keeping secrets, and when the lies of brother and sister collide, it leads to a tragedy that will irrevocably change Celeste's fate, set her on a path to fight against the inherent misogyny of fortune-telling, and urge her to create a future that is truly her own.

Pick up your copy at Next Chapter Booksellers

Laura Maylene Walter is a writer and editor in Cleveland. Her writing has appeared in Poets & Writers, Kenyon Review, The Sun, Ninth Letter, The Masters Review, and many other publications. She has been a Tin House Scholar, a recipient of the Ohioana Library Association’s Walter Rumsey Marvin Grant, and a writer‑in‑residence at Yaddo, the Chautauqua Institution, and Art Omi: Writers. Body of Stars is her debut novel.

Body of Stars: A Novel (Hardcover)