Sharon Chmielarz: The J Horoscope- a re-imagining of stories in Genesis 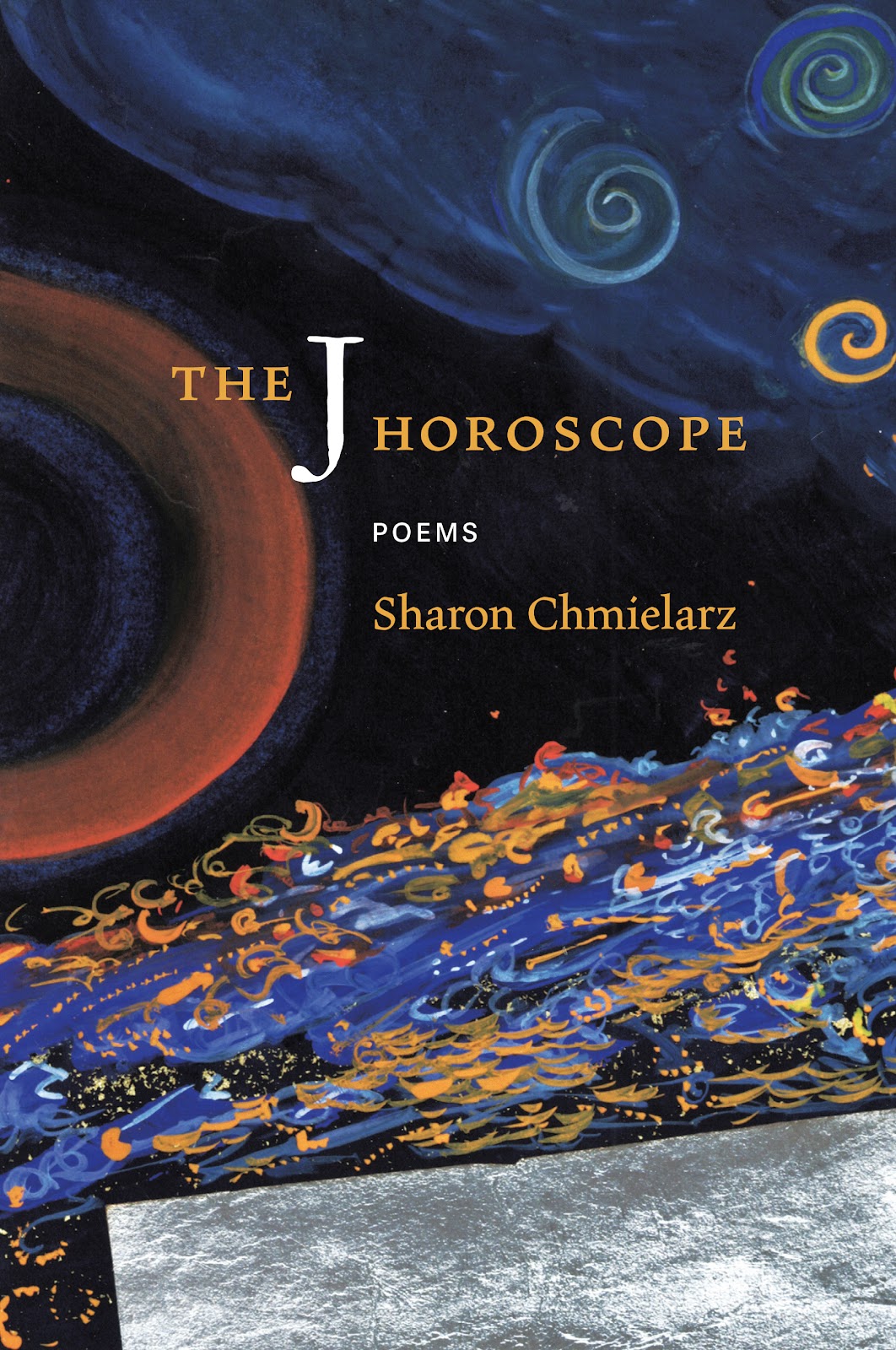 Look. A woman is writing on parchment, a scroll.*

We don't know her name. Her king, Solomon, has died, and the whole country's going to hell under the new king, Rehoboam. The year is 937 BCE. Banished from the ring of political power, she grounds herself by collecting the kingdom's ancient stories. Of the four writers in Genesis, J is the one who delivers the earthly creatures--Noah, Joseph, Jacob, Rachel, et al--and, to paraphrase Pogo, they is us. Her cast of characters includes the god Yahweh (or Jahweh) who can appear in various guises. She's named J for her intense interest in Yahweh's character.

Sharon Chmielarz was born and raised in Mobridge, South Dakota, three miles from the Missouri River. She graduated from the University of MN and has since lived and worked in the Twin Cities. Her latest, twelfth, book of poetry is” The J Horoscope,” 2019.  Previous books have been finalists for the Independent Book Publishers Award, Midwest Book Awards, National Poetry Series, and the Next Generation Indie Book Awards. Kirkus Review named her The Widow’s House one of the 100 Best Books of 2016. The Other Mozart, a biography of Nannerl Mozart in poetry, was made into an opera. She is a recipient of Water~Stone Review’s Jane Kenyon Prize.Her work has been published most recently in magazines like The Hudson Review, Burning Word, The American Journal of Poetry. Her poems have been nominated several times for a Pushcart Prize (latest, 2017, 2018, 2019), and featured on American Life in Poetry. Individual poems have been translated into French and Polish. The latter will be included in an anthology in Polish in 2019. Her poems’ subjects include women, history, family, and the prairie. She’s read in several venues in the Twin Cities, in Duluth and Grand Marais, New York City, Toronto, Tucson, the Dakotas, Wisconsin, Rhode Island, California, and North Carolina.

"One of the great poets."--Deborah Keenan, author of Willow Room, Green Door: New and Selected Poems; from tiger to prayer, a book of writing ideas....

"Poems about Yahweh are breath-taking!"--Wendy Herbert

"I can tell you one thing for sure: you haven't read a book of poems like this before. Not ever. If you think you can handle a rewriting of human history--not to speak of human spirituality-- from the J point of view, then welcome to the universe according to J. Is it a Biblical retelling? Yes. Is it an utterly contemporary view of 21st century human nature, godly nature, and nature itself? Yes. Serious? Yes, Funny? Oh, yes. And, by the way, God can be a whiner. Vengeful. In the book's last poem someone called "The Host" appears. He or she could be God, I suppose. But actually, the host, it seems to me, is Sharon Chmielarz and she ends her wild romp through history and religion like this:

'It is said, and much hoped to be true,

the host overlooked not one soul. Amen.'

And the book does feel this way: as if not one soul--and certainly not one reader--has been overlooked. Amen, indeed. And thank you, Sharon Chmielarz."-- Jim Moore