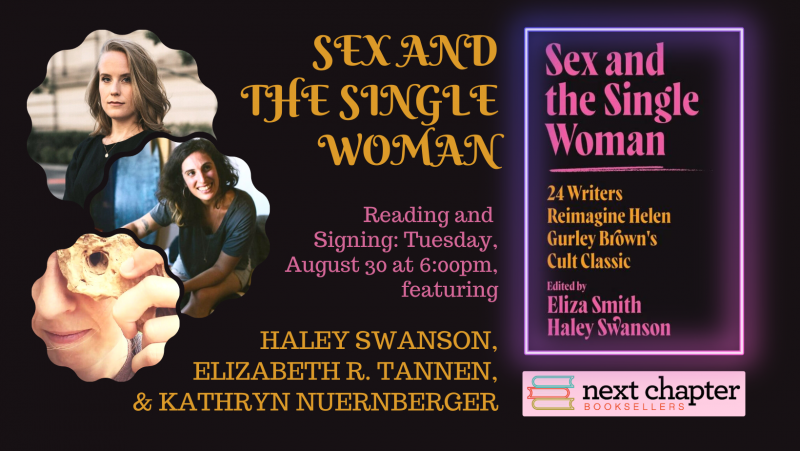 Editor Haley Swanson and writers Elizabeth R. Tannen and Kathryn Nuernberger will read selections from the new feminist anthology Sex and the Single Woman. Their conversation will touch on topics including motherhood, marriage, witches, and, of course, singlehood. Hope to see you there!

One of Bustle's Best Books of May

Now, in these critical, wry, and expansive essays, twenty-four writers reconsider Helen’s advice and how it applies to their own paths, fielding topics that she couldn’t—or wouldn’t—conceive of in 1962: contraception and abortion (an omission demanded by her publisher), queer and trans womanhood, polyamory, celibacy, interracial dating, bodies of all kinds, consent, sex work, IVF, and the pop culture that both saves and fails us.

Eliza Smith and Haley Swanson’s revisionist anthology honors Brown’s irreverent spirit while also validating our modern experiences of singlehood, encouraging us all to reclaim joy where it’s so often been denied.