Posthumously published selection of poems Have You Seen This Man? The Castro Poems of Karl Tierney edited by Jim Cory 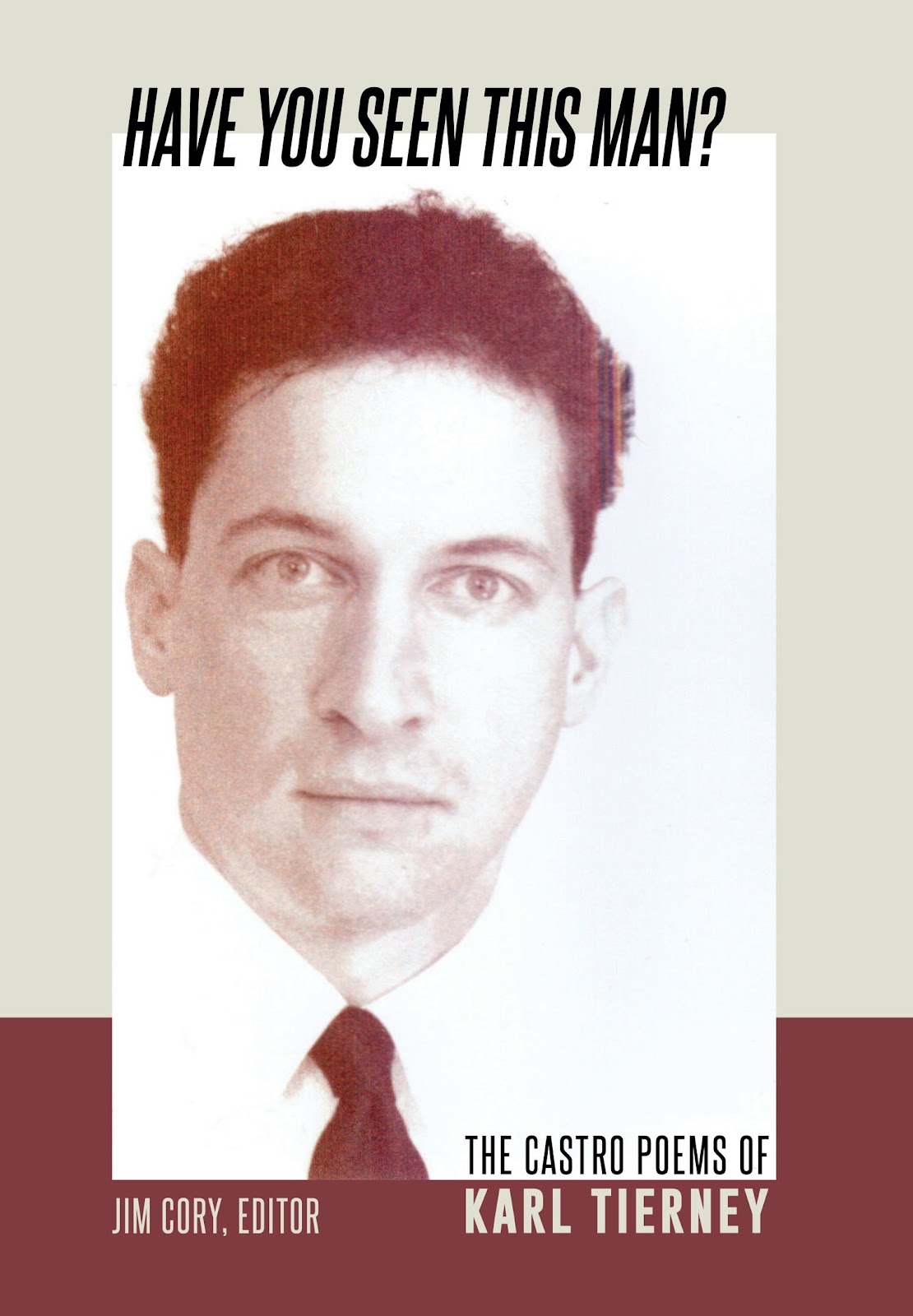 KARL TIERNEY was born in Westfield, Massachusetts, in 1956 and grew up in Connecticut and Louisiana. He received a Bachelor’s Degree in English from Emory University in 1980 and an MFA in Creative Writing from the University of Arkansas in 1983. That same year, he moved to San Francisco where he dedicated himself to poetry. He was twice a finalist for the Walt Whitman Award, a finalist for the National Poetry Series, and a 1992 fellow at Yaddo. Though unpublished in book form during his lifetime, his poems appeared in many of the best literary magazines of the period, including Berkeley Poetry Review, American Poetry Review, and Exquisite Corpse. He published more than 50 poems in magazines and anthologies before his death. In December of 1994 he became sick with AIDS and took his own life in October of 1995. He was 39 years old.

The publication of these poems almost a quarter century after Karl Tierney’s death is a rarity in the world of letters. That this poetry could not just quietly disappear speaks to the spirit and quality it contains.”

- JIM CORY, from the INTRODUCTION

“I met Karl Tierney in the ’80s, when we were both in Bob Gluck’s legendary gay

men’s workshop held in the back room of Small Press Traffic, in San Francisco’s

Noe Valley. That workshop, like most back rooms, made for instant intimacy. Have

You Seen This Man?, skillfully edited and introduced by Jim Cory, shows us the full

range of Karl’s talents. Despite its mordant provenance this is a fun book, radiant

’80s and ’90s, a time when it was still dirty and sexy and alive, even as men across

the city were dying. With sharp intimacy, Tierney’s poems had me laughing and crying in recognition for all that we lost. And I’m deeply grateful to the editor and publisher for rescuing his work from the dustbins of history. This is vital reading.”

ABOUT THE EDITOR: Jim Cory’s most recent publications are Wipers Float In The

Neck Of The Reservoir (The Moron Channel, 2018) and 25 Short Poems (Moonstone

Press, 2016). He has edited poetry selections by contemporary American poets

including James Broughton (Packing Up for Paradise, Black Sparrow Press, 1998) and

Capsule, Fell Swoop, Painted Bride Quarterly, Skidrow Penthouse, Trinity Review, Have Your Chill (Australia), and Whirlwind. Recent essays have appeared in Gay & Lesbian Review Worldwide, New Haven Review, and Chelsea Station. He has been the recipient of fellowships from the Pennsylvania Arts Council, Yaddo, and The MacDowell Colony.

He lives in Philadelphia.

Editor is available for appearances and interviews

Have You Seen This Man?: The Castro Poems of Karl Tierney (Paperback)