Peter Heller and “The River” in Paperback 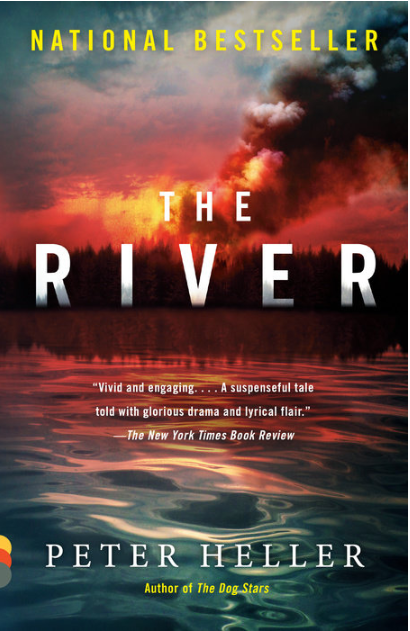 “This is the story of Jack and Wynn, best friends since their first days in college, who set out on their dream canoe trip in wild, beautiful Northwest Canada and stumble into a situation that will change them forever. A literary thriller, an adventure novel and a meditation on friendship and the outdoors, The River is written with an authority born out of experience. It’s so completely authentic, you’ll feel like you’re in the canoe with them. My pick for best thriller of the year.”

Wynn and Jack have been best friends since college orientation, bonded by their shared love of mountains, books, and fishing. Wynn is a gentle giant, a Vermont kid never happier than when his feet are in the water. Jack is more rugged, raised on a ranch in Colorado where sleeping under the stars and cooking on a fire came as naturally to him as breathing. When they decide to canoe the Maskwa River in northern Canada, they anticipate long days of leisurely paddling and picking blueberries, and nights of stargazing and reading paperback Westerns. But a wildfire making its way across the forest adds unexpected urgency to the journey.

One night, with the fire advancing, they hear a man and woman arguing on the fog-shrouded riverbank; the next day, a man appears on the river, paddling alone. Is this the same man they heard? And if he is, where is the woman? From this charged beginning, master storyteller Peter Heller unspools a headlong, heart-pounding story of desperate wilderness survival 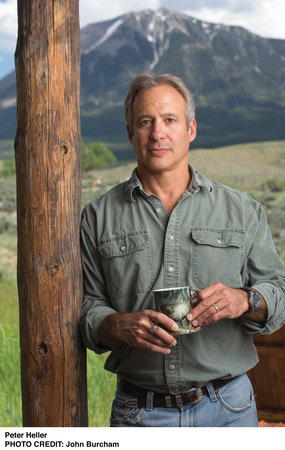 PETER HELLER is the national best-selling author of Celine, The Painter, and The Dog Stars. The Painter was a finalist for the Los Angeles Times Book Prize and won the prestigious Reading the West Book Award, shared in the past by Western writers such as Cormac McCarthy and Terry Tempest Williams, and The Dog Stars, which was published to critical acclaim and lauded as a breakout bestseller, has been published in twenty-two languages to date. Heller is also the author of four nonfiction books, including Kook: What Surfing Taught Me About Love, Life, and Catching the Perfect Wave, which was awarded the National Outdoor Book Award for Literature.

The River: A novel (Hardcover)