LOUIS KEMP’S MEMOIR, DYLAN AND ME: 50 YEARS OF ADVENTURES 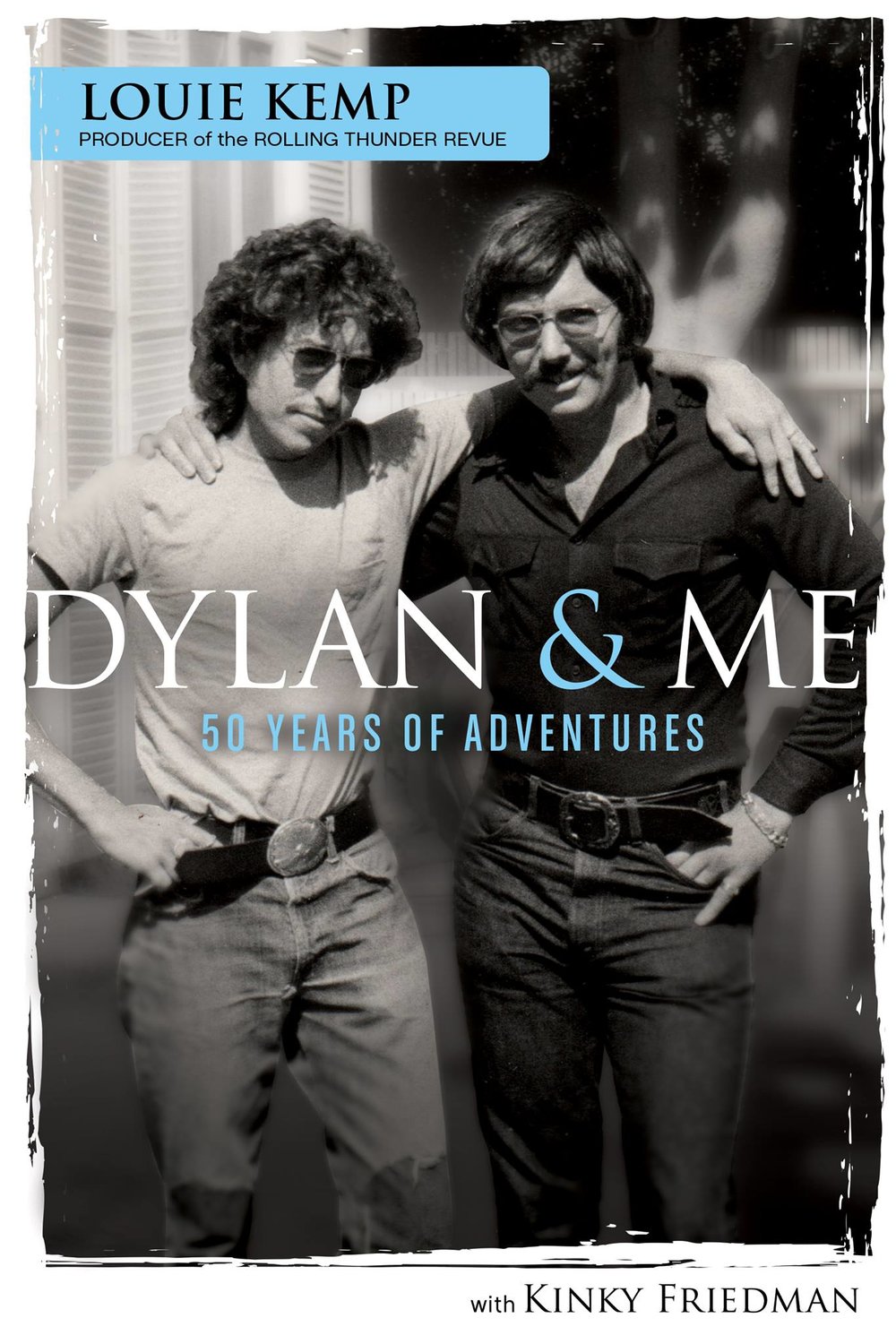 “He was twelve years old and he had a guitar. He would go around telling everybody that he was going to be a rock-and-roll star. I was eleven and I believed him.” -- Louis Kemp

Once, he was just Bobby Zimmerman. It was a long time ago. 1953 to be exact, but that’s how long Louis Kemp’s memories of the man we all know as Bob Dylan reach back. Bobby and Louie, the “boys from the North Country,” were just kids when they met at summer camp in Northern Wisconsin, both from middle class Jewish families from Northern Minnesota.

Kemp’s, Dylan And Me: 50 Years Of Adventures, starts there. Not in Greenwich Village, nor at Newport, but as kids, and there’s a trove of never-before-told stories that predate the success that both men went onto enjoy - Louie, having taken over his dad’s fish business, and well, Zimmerman, as the most influential music maker in history.

Kemp’s memoir gives with the goods, underscoring the funny and deeply affectionate history of a five decade-long friendship with wild adventures, soul searching conversation, musical milestones, and enduring camaraderie straight on up to the mid-seventies, when Dylan looked to Kemp to produce the now legendary, Rolling Thunder Revue, (1975-76). Featuring the man himself, along with folks like Joan Baez, Joni Mitchell, poet Allen Ginsberg, Ronee Blakley, as well as musician/novelist/humorist/politician, Kinky Friedman, who also contributed to Dylan And Me, the tour has been immortalized in a documentary, Rolling Thunder Revue: A Bob Dylan Story by Martin Scorsese, which will coincide with the pre-sale of Dylan And Me, and premiere on Netflix, as well as in select theatres.

As told to Andy Greene from ROLLING STONE in an exclusive article that posted yesterday, Kemp says, “This book shows you Dylan’s down-to-earth side, To me, he has always been Bobby Zimmerman and these are all Bobby Zimmerman stories. Bob Dylan is his commercial side. I wanted to show a totally different perspective on him than anyone has ever heard before.”

About Louis Kemp
Louie Kemp was born in Duluth, Minnesota. Shortly before graduating college, he left school to take over his father’s Lake Superior fish business, expanding it into Alaska and making it one of the most successful seafood operations in the country.
His 350-foot mothership, the M/V Bering Trader, was the largest-capacity seafood processor in Alaskan waters in its day. An ancillary enterprise, the Louis Kemp Seafood Company, helped create the thriving market for imitation King Crab in the United States.
Louie produced Bob Dylan’s legendary Rolling Thunder Revue tours and traveled with him all over the world as a trusted ally and friend. As a respected and devout member of the Jewish community, Louie is the “father” of Aish Ha Torah’s Discovery Program, attended by more than 500,000 people worldwide, and the founder of Chabad of Pacific Palisades, California.
Most meaningful to him of all, he is the proud father of six great children and five grandchildren…and counting. He lives in Los Angeles, California.