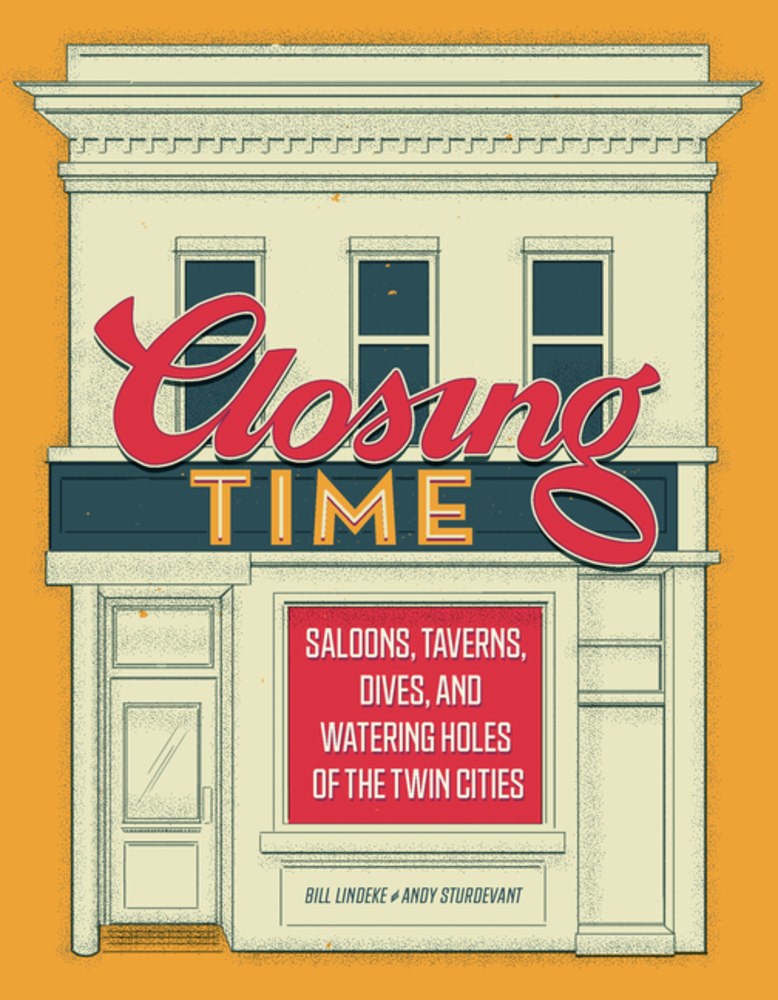 An entertaining journey into the highs, lows, bright spots, and dark corners of the Twin Cities' most famous and infamous drinking establishments—history viewed from the barstool.

In 1838, a rum trader named "Pig’s Eye" Parrant built a small shack in a Mississippi bluff that became the first business in the city of St. Paul: a saloon. Since then, bars, taverns, saloons, and speakeasies have been part of the cultural, social, and physical landscape of St. Paul and Minneapolis. Serving as neighborhood landmarks, sites of political engagement, welcoming centers for immigrants, hotbeds of criminal activity, targets of ire from church and state alike, and, of course, a place to get a drink, the story of the taverns and saloons of the Twin Cities is the story of the cities themselves.

In Closing Time, Bill Lindeke and Andy Sturdevant dive into tales from famous and infamous drinking establishments from throughout Twin Cities history. Readers are led on a multigenerational pub crawl through speakeasies, tied houses, rathskellers, cocktail lounges, gin mills, fern bars, social clubs, singles bars, gastropubs, and dives. Featuring beloved bars like Matt's, Palmer's, the Payne Reliever, and Moby Dick's, the book also resurrects memories of long-forgotten establishments cherished in their day. Lindeke and Sturdevant highlight neighborhood dives, downtown nightspots, and out-of-the-way hideaways, many of which continue to thrive today. Closing Time brings together stories of these spaces and the people who frequented them.

Bill Lindeke, Ph.D., is an urban geographer and writer who focuses on how our environments shape our lives. He wrote MinnPost's "Cityscapes" column from 2014 to 2017, has written articles on local food and drink history for City Pages and the Growler, and has taught urban geography at the University of Minnesota and Metro State University. He writes a local urban blog at Twin City Sidewalks and is a member of the Saint Paul Planning Commission. He is the author of Minneapolis-Saint Paul: Then and Now. Lindeke resides in St. Paul, MN.

Andy Sturdevant is an artist and writer living in Minneapolis. He has written about art, history, and culture for a variety of publications, including City Pages, Belt, and Mpls.St.Paul. He currently writes a regular column for Architecture MN, and for five years, Andy wrote "The Stroll," a weekly column on Twin Cities neighborhoods, art, history, and architecture in for MinnPost. He is the author of Potluck Supper with Meeting to Follow and Downtown: Minneapolis in the '70s. Sturdevant resides in Minneapolis, MN.