Gardeners of the Universe by Ronald E Peterson 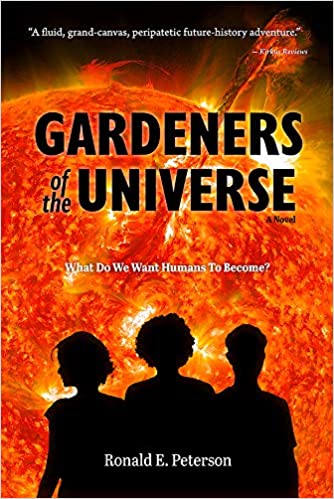 Peterson's debut sci-fi novel, Gardeners of the Universe, begins in the not too distant future with the births of three children destined to change the world. Rianne grows up to lead biological revolutions. Dan creates sentient computers and guides the direction of human evolution. Sarah, in an age of information dissonance, becomes the most trusted individual on Earth, and convinces the world that it must change. What sets the three apart from the rest of humanity are genetics and ''gifts'' that were no accident.

The book shows how the children and their totally different families adapt to disruptive new technologies in transportation, medicine, communication, as well as global catastrophe. The focus is on how people will change themselves, through mechanical devices, augmented intelligence, and ultimately altering our genetics, and how these shifts will affect real people.

As humanity struggles, an ancient alien species, the Torae, a.k.a. the ''Gardeners,'' have come to observe our ''transcendence.'' They are desperately trying to create new universes to populate. The three young humans are unknowingly conscripted into their schemes while guiding the Earth through the most dangerous and consequential time in its history--the 21st century. This is a story about the profound vision, adaptability, and truth we will need to survive. 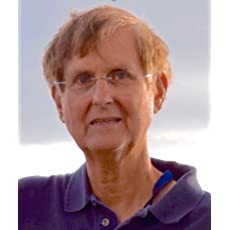 After graduating from Caltech in 1967 and receiving his PhD in condensed matter physics from the University of Illinois in 1972, he worked his way to near the top at Honeywell, retiring as Vice President of Technology and speaking for the entire company's new product strategy.

He began writing An Introvert Learns to Fly about three years ago when editing his 90,000 photos became a bit boring. He wanted to tell the story of his very interesting and consequential life. He has since written a sci-fi book called Gardeners of the Universe, which won Silver in the Science Fiction category of the Benjamin Franklin Awards program earlier this year. The book showcases a futuristic world where what today may seem impossible has become a reality.

In addition to writing, Peterson enjoys traveling, consulting, and volunteering. He manages one of the largest community gardens in Minnesota, the Rice Street Community Gardens, where more than 260 gardeners have plots. Peterson calls it a "remarkable international venture." The majority of the gardeners are refugees from such countries as Burma, Thailand, Laos and Nepal.

For the past several years he has also led Grandpa Camp for his six young grandchildren who range from preschoolers to teenagers, where he has introduced quantum mechanics and differential equations as well as cooking, photography, and travel experiences.

Ron lives with his wife, Miriam, in Minnesota, where she tries to keep his feet on the ground while his head remains in the stars.

Gardeners of the Universe (Paperback)