40 Thieves on Saipan: The Elite Marine Scout-Snipers in One of WWII's Bloodiest Battles 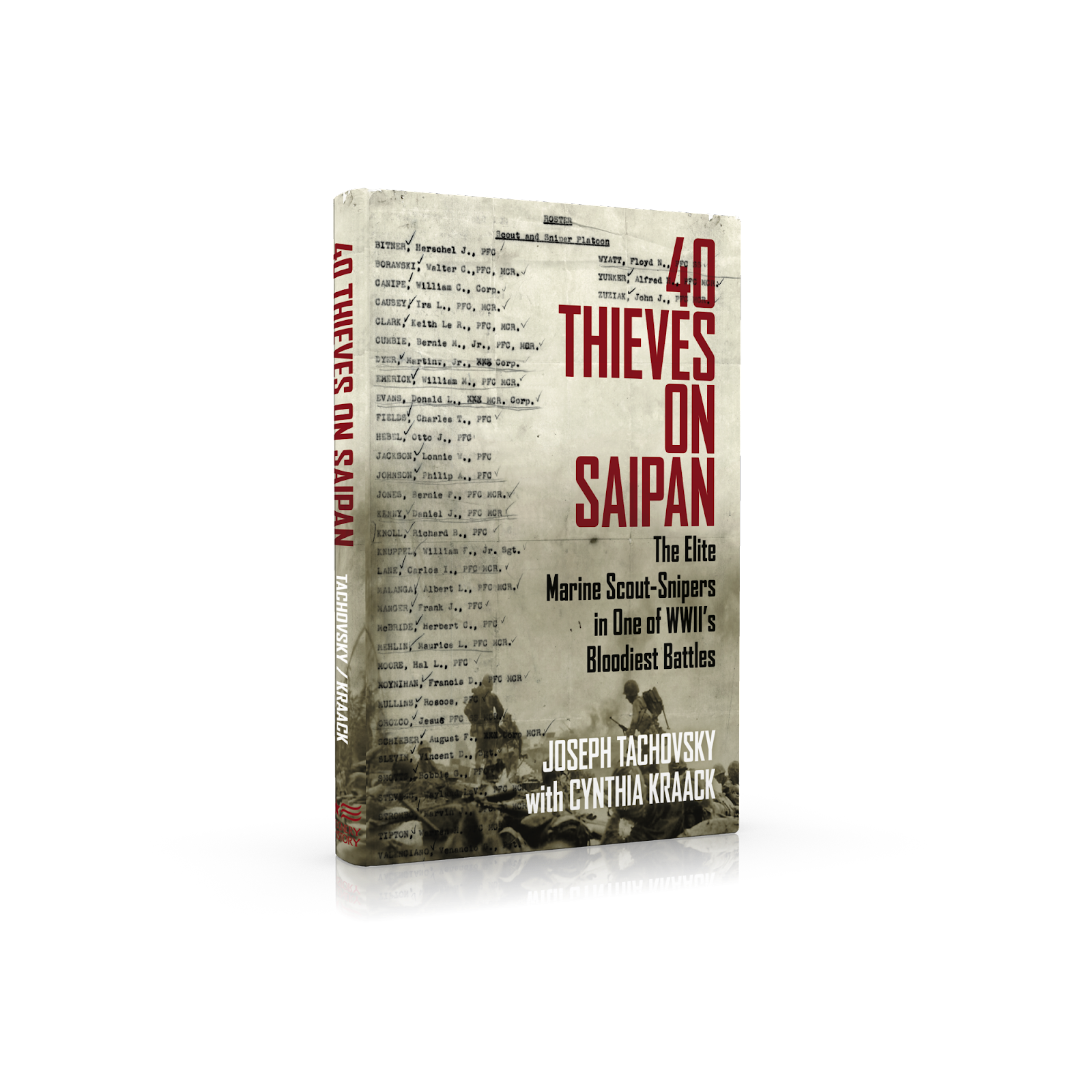 An elite platoon of Marine Scout-Snipers, Lieutenant Frank Tachovsky’s “40 Thieves” were chosen for their willingness to defy rules and beat all-comers. When two Marines got into a fight, the loser ended up in the infirmary, the winner in the brig. Tachovsky wanted the winner on his team—a brush with military law was a recommendation.

These full-blooded men were trained in a ruthless array of hand-to-hand killing techniques and then thrown into the battle for Saipan—Emperor Hirohito’s “Treasure” and the bulwark of the Japanese Empire in the Pacific—where they would wreak havoc in and around, but mostly behind, enemy lines. They witnessed inhuman atrocities; walked into an ambush after the cunning Japanese used wounded Marines as bait; endured body-punishing extremes of heat, hunger, and thirst; fought a relentless enemy who would not surrender; and watched best friends die.

Now Tachovsky’s son Joseph tells their remarkable story—a story he didn’t even know until after his father’s death—reported from an extensive documentary record, including priceless mementos his father kept, and from exhaustive interviews with survivors who served under Lieutenant “Ski.”

This is how America won the war in the Pacific, where “uncommon valor was a common virtue.” 40 Thieves on Saipan: The Elite Marine Scout-Snipers in One of World War II’s Bloodiest Battles is true history. It’s also an adventure you don’t want to miss

JOSEPH TACHOVSKY is a graduate of the University of Minnesota and the son of Frank Tachovsky, commanding officer of the 40 Thieves on Saipan, also known as Tachovsky’s Terrors.

40 Thieves on Saipan: The Elite Marine Scout-Snipers in One of WWII's Bloodiest Battles (Hardcover)