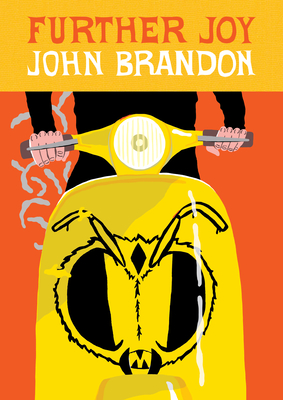 In eleven expertly crafted stories, John Brandon gives us a stunning assortment of men and women at the edge of possibility?gamblers and psychics, wanderers and priests, all of them on the verge of finding out what they can get away with, and what they can't. Ranging from haunted deserts to alligator-filled swamps, these are stories of foul luck and strange visitations, delivered with deadpan humor by an unforgettable voice.

The New York Times praised Brandon's last novel for a style that combined Elmore Leonard and Charles Portis, and now Brandon brings that same darkly American artistry to his very first story collection, demonstrating once again that he belongs in the top ranks of contemporary writers.

John Brandon's three novels are Arkansas, Citrus County, and A Million Heavens. He has spent time as the Grisham Fellow in Creative Writing at University of Mississippi, and the Tickner Writing Fellow at Gilman School, in Baltimore. His work has appeared in Oxford American, GQ, Grantland, ESPN the Magazine, The New York Times Magazine, McSweeney's Quarterly Concern, The Believer, and numerous literary journals. He now lives in St. Paul, and teaches at Hamline University. This is his first story collection.

John Brandon’s novels are choral compositions in the voice of marginal Americans... At his best, which he’s at with some frequency here, he writes in a crackling way about small hopes and larger despair. He gravitates to the kind of regional misfits who drew Flannery O’Connor’s eye, and his dialogue is snappy and eccentric, like a combination of two masters of the craft, Elmore Leonard and Charles Portis. [His] strengthsassured prose, well-timed wisecracks and a convincing crew of pilgrims just waiting for directionsare quickly becoming Mr. Brandon’s trademarks."
The New York Times

"[John Brandon] deftly renders a desert wilderness where human hearts are compelled to seek isolation from the pains of the world, but tend to find connectedness despite themselves."
Publishers Weekly

"A surreal exploration of the origin of inspiration, of what connects humans to each other and to their surroundings. ...Brandon’s gift for conjuring a powerful sense of place has never been stronger as the high-desert sands invade every nook and cranny of the lives of his characters."
Booklist

Brandon deftly orients his readers to the level of his characters by perfectly evoking the everyday emotions, urges, and annoyances that are relatable despite the uncommon situations they are born of.”
ZYZZYVA

"'A Million Heavens,’ [is] a book that practically shouts from the rooftops its refusal to put on airs, its desire to strip down the prose and get out of its own way. Brandon's unadorned style and disdain for anything fancy’ belie what a good (and sometimes fancy) writer he is, as well as how much he loves playing with the reader's expectations, interrupting and upending traditional elements of the novel even as he claims to want to be the deliverer rather than the composer.”
Atlanta Journal-Constitution

"Wondrous More than once I handed A Million Heavens to a friend and watched the rhythms compel him or her into the thickness of a paragraph, then onto the next page. I had to stop reading to actually pace, marveling at what one writer can imagine, what a novel is capable of holding.”
Charles Bock, New York Times Book Review

Something of a genre-buster: in alternating beats a bittersweet comedy about the law of inertia and a plaintive serial-killer thriller on the laws of the wild. The crisscrossing roads of A Million Heavens bustle with luminous prose that carries only good news for lovers of original fiction.”
The Boston Globe

The brilliant thing about A Million Heavens is the way it juggles humanity, wilderness, and a new element for Brandonthe supernatural.”
The Portland Mercury

Leaves one swift note of humanness ringing in your ears, reminding you that people overcome things, subtly or powerfully, and in the end that it is all right to have questions.”
The Oxford American