An Eddy on the Floor (Seth's Christmas Ghost Stories) (Paperback) 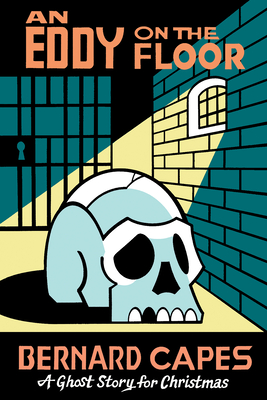 After attending a's ance at an acquaintance's home, a man receives an unexpected job offer from another guest: resident doctor at the prison he directs. But when a prisoner begs to have his cell moved, terrified of what's behind the next door, the young doctor starts to question his luck.

Bernard Capes (1854 - 1918) was an English author of more than forty books, including romances, mysteries, poetry, and ghost stories. Seth is the cartoonist behind the comic-book series Palookaville, which started in the stone age as a pamphlet and is now a semi-annual hardcover. His comics have appeared in the New York Times Magazine, Best American Comics, and McSweeney's Quarterly. His illustrations have appeared in numerous publications including the cover of the New Yorker, The Walrus, and Canadian Notes & Queries. He is the subject of a recent documentary from the National Film Board of Canada, Seth's Dominion. Seth lives in Guelph, Ontario, with his wife Tania and their two cats in an old house he has named "Inkwell's End."