A Child of the Indian Race: A Story of Return (Paperback) 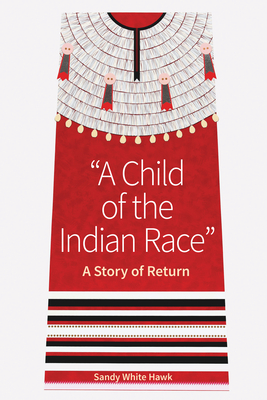 An adoptee reconnects with the Lakota family and culture she was born into--and nurtures a new tradition that helps others to do the same. In the 1950s, when Sandy White Hawk was a toddler, she was taken from her Lakota family on the Rosebud Indian Reservation in South Dakota. Her adoption papers identify her as "a child of the Indian race," and her adoptive mother never let her forget it, telling her she was unwanted and shaming her for being "Indian." White Hawk medicated her traumas with drugs and alcohol. At age twenty-eight, she gained sobriety and reconnected with her birth relatives. As she learned what it means to be Lakota, she also learned that thousands of Native adoptees shared her experience--left to navigate racial and cultural complexities as children, with no way to understand what was happening to them. Mentored by a respected elder, White Hawk began to work with relatives who also had been separated by adoption and foster care, taken away from their families and communities. Fighting through her feelings of inadequacy, she accepted that she could use her voice to advocate. Ultimately, White Hawk founded the First Nations Repatriation Institute, an organization that addresses the post-adoption issues of Native American individuals, families, and communities.
White Hawk lectures and presents widely on the issues around adoption. She exposes the myth that adoption is a path to protecting "unwanted children" from "unfit mothers," offering a child a "better chance at life." Rather, adoption, particularly transracial adoption, is layered in complexities. "A Child of the Indian Race" is Sandy White Hawk's story, and it is the story of her life work: helping other adoptees and tribal communities to reconcile the enormous harms caused by widespread removals.