Knocking the Hustle: Against the Neoliberal Turn in Black Politics (Paperback) 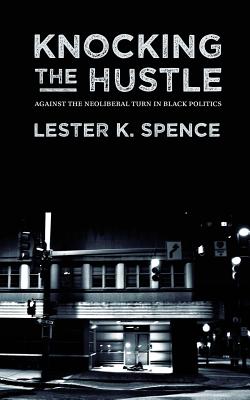 Over the past several years, scholars, activists, and analysts have begun to examine the growing divide between the wealthy and the rest of us, suggesting that the divide can be traced to the neoliberal turn. "I'm not a business man; I'm a business, man." Perhaps no better statement gets at the heart of this turn. Increasingly we're being forced to think of ourselves in entrepreneurial terms, forced to take more and more responsibility for developing our "human capital." Furthermore a range of institutions from churches to schools to entire cities have been remade, restructured to in order to perform like businesses. Finally, even political concepts like freedom, and democracy have been significantly altered.

As a result we face higher levels of inequality than any other time over the last century. In Knocking the Hustle: Against the Neoliberal Turn in Black Politics, Lester K. Spence writes the first book length effort to chart the effects of this transformation on African American communities, in an attempt to revitalize the black political imagination. Rather than asking black men and women to "hustle harder" Spence criticizes the act of hustling itself as a tactic used to demobilize and disempower the communities most in need of empowerment.

Lester K. Spence is an associate professor of political science and Africana studies at Johns Hopkins University. He specializes in the study of black, racial, and urban politics in the wake of the neoliberal turn. An award winning scholar (in 2013, he received the W.E.B. DuBois Distinguished Book Award for his book, Stare in the Darkness: The Limits of Hip-hop and Black Politics) and teacher (in 2009, he received an Excellence in Teaching Award), he can regularly be heard on National Public Radio and the Marc Steiner Show.