Cold Hand in Mine (Paperback) 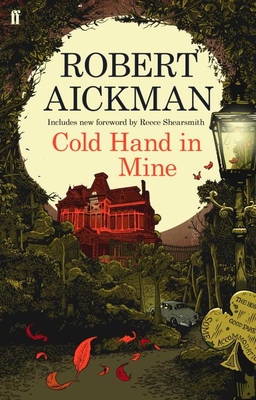 Aickman is unsung, as 20th-Century horror writers go. Maybe he was an influence on your favorite horror writer, or on their favorite. But his work holds up shockingly well, feeling contemporary in its inscrutability. Governed by slow-building, subcutaneous dread rather than any particular logic or lore, these stories climax in quiet, inexplicable tableaus that stay burned in your mind. I'm just getting into Aickman so I can't tell you which of his other collections might be a better entry point, but I can tell you this one worked just fine for me. -Graham

— From Up All Night to Get Spooky

Cold Hand in Mine was first published in the U.K. in 1975 and in the U.S. in 1977. The story 'Pages from a Young Girl's Journal' won the Aickman World Fantasy Award in 1975. It was originally published in The Magazine of Fantasy & Science Fiction in 1973 before appearing in this collection. Cold Hand in Mine stands as one of Aickman's best collections and contains eight stories that show off his powers as a 'strange story' writer to the full, being more ambiguous than standard ghost stories. Throughout the stories the reader is introduced to a variety of characters, from a man who spends the night in a Hospice to a German aristocrat and a woman who sees an image of her own soul. There is also a nod to the conventional vampire story ('Pages from a Young Girl's Journal') but all the stories remain unconventional and inconclusive, which perhaps makes them all the more startling and intriguing.

Robert Fordyce Aickman was born in 1914 in London. He was married to Edith Ray Gregorson from 1941 to 1957. In 1946 the couple, along with Tom and Angela Rolt, set up the Inland Waterways Association to preserve the canals of Britain. In 1951 Aickman, along with Elizabeth Jane Howard, published his first ghost stories entitled "We Are the Dark." Aickman went on to publish eleven more volumes of horror stories as well as two fantasy novels and two volumes of autobiography. He also edited the first eight volumes of "The Fontana Book of Great Ghost Stories." He died in February 1981.