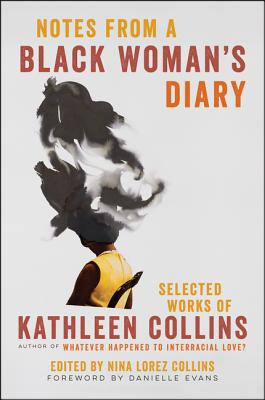 A stunning collection of fiction, diary entries, screenplays, and scripts by the brilliant African-American artist and filmmaker

Relatively unknown during her life, the artist, filmmaker, and writer Kathleen Collins emerged on the literary scene in 2016 with the posthumous publication of the short story collection Whatever Happened to Interracial Love? Said Zadie Smith, “To be this good and yet to be ignored is shameful, but her rediscovery is a great piece of luck for us.”

That rediscovery continues in Notes from a Black Woman’s Diary, which spans genres to reveal the breadth and depth of the late author’s talent. The compilation is anchored by more of Collins’s short stories, which, striking and powerful in their brevity, reveal the ways in which relationships are both formed and come undone. Also collected here is the work Collins wrote for the screen and stage: the screenplay of her film Losing Ground, in which a professor discovers that the student film she’s agreed to act in has uncomfortable parallels to her own life; and the script for The Brothers, a play about the potent effects of sexism and racism on a midcentury middle-class black family. And finally, it is in Collins’s raw and prescient diaries that her nascent ideas about race, gender, marriage, and motherhood first play out on the page.

Kathleen Collins’s writing brings to life vibrant characters whose quotidian concerns powerfully illuminate the particular joys, challenges, and heartbreaks rendered by the African-American experience. By turns empowering, exuberant, sexy, and poignant, Notes from a Black Woman’s Diary is a brilliant compendium of an inimitable talent, and a rich portrait of a writer hard at work.

Kathleen Collins, who died in 1988 at age forty-six, was an African-American playwright, writer, filmmaker, director, and educator from Jersey City. She was the first black woman to produce a feature length film.

“A sweeping picture of a mega-talent who was overlooked during her lifetime.” — Vanity Fair

“Dazzling…. [Collins’] voice and vision are idiosyncratic and pitiless, combining mischief and crisp authority, formal experimentation and deep feeling…. There is cool skepticism but also hunger for rapture. There is humor a knife’s edge from despair…. [A] stylish, morally disheveling work.” — New York Times

“Collins proves her literary power across mediums — exploring the complexities of marriage, motherhood and identity — even 30 years after her death.” — Time

“[Kathleen Collins] and her work have been granted new and necessary examination.... ‘Notes from a Black Woman’s Diary’ further celebrates her fertile mind through her fiction (both finished and not), plays and personal reflections. Collins sought the complexity of interiors, of both our homes and ourselves.” — New York Times Book Review

“[Collins’] work not only addresses the everyday struggles of black men and women in the US, it also testifies to a vibrant inner life.” — Frieze

“[Notes from a Black Woman’s Diary] adds to the author’s evolving reputation.... Searing commentary on race and gender.... This compilation will add appreciation for a talented writer whose life was cut too short.” — Library Journal (starred review)

“Collins limns incisive portraits of artistic, intellectual black women stretched to their limits that glimmer against a background of racism, sexism, and just plain life. A timely reclamation of a remarkable voice.” — Booklist